Yesterday Heroku announced the good bye to free tier as we know it. The short story is, free tier was abused by people pinging their dynos to stay alive 24/7 (they went to sleep after an hour of inactivity before), and now they introduced a hobby tier which is basically the same as the old free tier (without the sleep) for $7 a month. Pretty good deal, but I already have so much server power on premise that I feel I can’t justify paying another provider to host my stuff.

I started thinking about how I could set up my own cluster, looking at talk on Docker, Kubernetes and Mesos. It all seemed a bit over my head. It all looked great but I couldn’t really find any resources where to begin, where to put down the shovel and dig. The talks went in-depth and over my head, so many terms I haven’t heard of before. Then in a comment someone mentioned it.

Throw away the duct tape. Say hello to Flynn.

Flynn fixes everything that’s wrong with the process of deploying, scaling, and managing your applications. So they run the way they’re supposed to – with ease. And you can do more of what you want to do and less of what you have to do.

This is what Flynn promises when you reach https://flynn.io/

I guess you could say Flynn is your own Heroku hosted by you. Your own PaaS on premise or in the cloud. Why I make the Heroku comparsion is because I come from Heroku to Flynn, but that’s not all:

Deploy a Meteor application to Flynn

And like that it’s done, your app is running on Flynn. It even supports sticky sessions if you want to run it on multiple containers.

I will try this with https://github.com/meteorhacks/cluster when I have the time 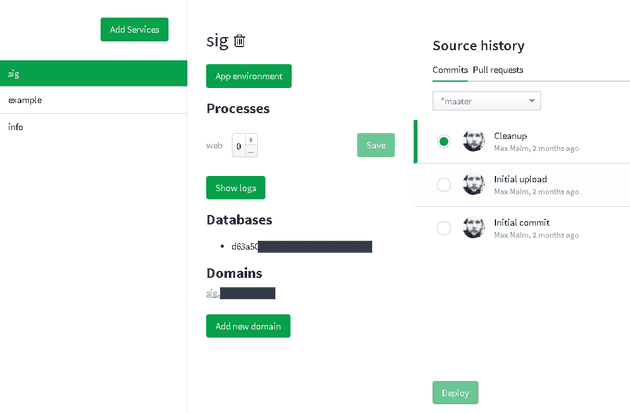 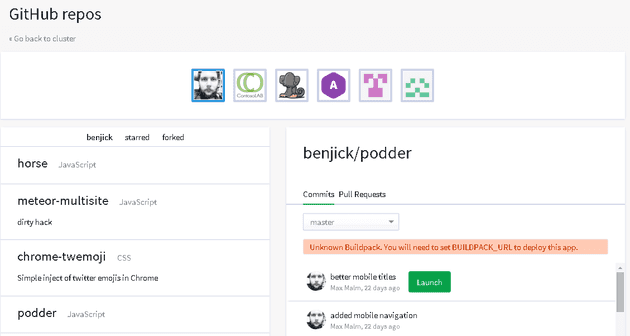 I moved one of my less business critical application to Flynn, a Meteor app for controlling our digital signage screens, and it works really well. A few kinks had to be sorted out, but most problems was due to me not reading the docs good enough. Flynn doesn’t have a MongoDB component yet (there’s only a postgres for now) so I took the moment to try out MongoDB MMS and deploy a cluster on promise. All in all it took a few hours from starting reading about Flynn to deploying an app.